Our Hungarian site Gepigeny.hu is a community site for PC users and gamers, which started at the end of 2007. In the beginning it functioned as a database of PC games' system requirements. However, owing to the lots of visitors, members and active users, the site grew into a community site.

The English version of the Hungarian site, Gamesystemrequirements.com, started in 2009. Later we set up a lite version, which now is available in 12 languages, and it can be found at systemanforderungen.com and systemreqs.com. At present Gepigeny.hu and its localized versions have more than 200 000 members and 300 000 visitors per month. 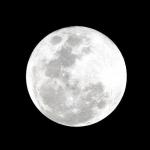